Are you or have you ever been a member of the underclass?

David Cameron’s proposal to create a new Troubled Families Unit is yet another  indication of the authoritarian and reactionary drift of British society over the last few decades – a development that has been dramatically accelerated by the summer’s riots.    According to  Cameron

a relatively small number of families are the source of a large proportion of the problems in society. Drug addiction. Alcohol abuse. Crime. A culture of disruption and irresponsibility that cascades through generations.

Not only are these families disruptive and irresponsible, but they

cost an extraordinary amount of moneyâ€¦…but now we”ve come up the actual figures.  Last year the state spent an estimated £9 billion on just 120,000 familiesâ€¦…that is around £75,000 per family.

Do such families exist?   No doubt.  Personally I don’t see anything wrong in the state providing support to families that need it – and there are many that do – though such support might have been provided many years ago through properly funded schools, services and childcare, among other things, not to mention jobs.

Such support might also have been provided without threatening families with eviction if they refuse to sign up to the new program.   But this is not the kind of support that the Coalition has in mind, and what bugs me is the authoritarianism and moralising that underpins Cameron’s proposals, with their stigmatisation of a deviant ‘feral’ underclass and their vacuous drivel about a ‘strong’ and ‘responsible’ society  – talk that becomes more sinister with each passing week.

I doubt if these ‘feckless parents and their crimewave kids’ as the  Sun helpfully put it    could be any more feckless, antisocial and irresponsible than this lot: 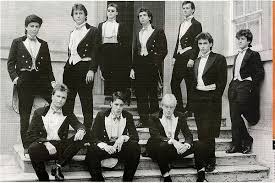 Nor will they cost the state nearly as much as the residents of troubled neighbourhoods like this: 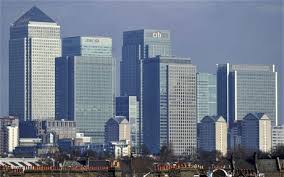 For all their twenty-first century context, Cameron’s proposals, and the general assumptions that underpin them are reminiscent of an older period in British history.  In Edwardian Britain,  politicians, eugenicists and social reformers were similarly obsessed with  a social underclass that was variously depicted as inherently deviant, turbulent, potentially destabilising and a drain on the resources of the state and society.   This underclass included the inhabitants of slums, drunkards, the insane, and various forms of lower-class criminality and also the ‘feeble-minded’ – a category which was sometimes capable of incorporating all the others.

These expressions of deviant and anti-social behaviour were often perceived as inherited characteristics that required some form of social or even biological engineering.    In 1908, the Royal Commission On the Care and Control of the Feeble-Minded expressed its concern about

the numbers of mentally defective persons’ in Britain ‘whose training is neglected, over whom no sufficient control is exercised and whose wayward and irresponsible lives are productive of crime and misery…and of much continuous expenditure wasteful to the community.

The Commission recommended compulsory detention for life and also forced sterilisation of the ‘unfit’.   In  1909 pamphlet by the Oxford branch of the National Association for Promoting the Welfare of the Feeble-Minded, which reported that

there exist to-day, apart from certified lunatics who are under restraint, 150,000 mentally defective persons, and of these no less than 66,000 are considered to be ” urgently in need of provision, either in their own interest or for the public safety.” It is difficult to express with sufficient force the gravity of the danger to national life which the existence of these persons uncontrolled in any sufficient manner implies’.

These dangers were caused by drunkenness, which the pamphlet saw as ‘merely one evidence of their mental condition, and  crime since  ‘The habitual criminal is recruited in boyhood from the defectives’.   Last but not least there was  ‘an intimate and unquestionable connection between mental deficiency and immorality, for a lack of moral restraint is the more common characteristic of the defective.’

Arguing that ‘ On racial, on economic, on religious grounds the permanent control of the feeble-minded is a necessity‘ the pamphlet recommended forced incarceration and a ban on marriages, since

Heredity is the chief cause of mental deficiency. In the face of a steadily falling birth-rate among the sounder portions of the community the feeble-minded continue to multiply their tainted stock…It is impossible to raise the standard of life in the nation so long as the hopelessly and demonstrably unfit are allowed to multiply.

Others went further.  In 1910 Home Secretary Winston Churchill,  recommended to Prime Minister Asquith that  100,000 ‘ moral degenerates’ should be forcibly sterilised on the grounds that

The unnatural and increasingly rapid growth of the feeble- minded classes, coupled with a steady restriction among all the thrifty, energetic and superior stocks constitute a race danger which it is impossible to exaggerate. I feel that the sources from which the stream of madness is fed should be cut off and sealed up before another year has passed.

In February 1910 Churchill spoke in Parliament on the need for  compulsory labour camps for ‘mental defectives’ and also recommended that ‘tramps and wastrels’ be sent to ‘proper Labour Colonies where they could be sent for considerable periods and made to realize their duty to the State’.

Churchill also advocated the incarceration of some 20,000 convicted criminals in such colonies who were judged to be ‘feeble-minded’ on medical grounds, and recommended anyone convicted of any second criminal offence could be officially declared criminally ‘feeble-minded’,  and made to undergo a medical enquiry.

These debates eventually became the basis for the 1913 Mental Deficiency Bill, which stipulated compulsory detention but rejected sterilisation.  Today the eugenic theories advocated by Churchill, Sir Francis Galton and many others in this period have long since been discredited by their association with Nazism, and extermination and forced sterilisation programmes directed against ‘lives unworthy of life.’

But the Coalition’s attempts to construct a ‘strong society’  in an era of endemic social and political crisis reflect a similar tendency to present a congenitally ‘feral’ and deviant underclass of ‘chavs’ as the anomalous antithesis of the decent majority that knows the difference between right and wrong, that works hard and loves military wives, and subscribes to Christian values.

As British society continues to unravel, and the British state re-arms itself in anticipation of organized protest and the chaotic and unfocussed social disorder of the type that took place in August, it is perhaps not surprising that we should be returning once again to the old simplistic tropes of the past and the hierarchies  defined by the  Tory peer Howard Flight in November 2010, who  told the London Evening Standard    ‘We’re going to have a system where the middle classes are discouraged from breeding because it’s jolly expensive.  But for those on benefits, there is every incentive. Well, that’s not very sensible.‘

Not in Tory-land it isn’t.   And if only the chavs and the work-shy would stop breeding or at least go off to fight a neo-colonial war somewhere.  Then they wouldn’t cost the state so much money, there wouldn’t be any crime or anti-social behaviour,  there would be no need for a ‘troubled families tsar’ and the  middle classes could live happily ever after in England’s green and pleasant land,  singing along to Songs of Praise and reading the King James bible and driving along their new toll roads, making occasional donations to charity and educating their children in selective free schools, while the police remain on standby, ready to open up with plastic bullets and water cannons on the remnants of the underclass who still dare to venture out of their sink estates.

Now wouldn’t that be jolly?